A workshop which will overview how cybersecurity affects each of us whether we operate in the city, regions or globally.

Today, there are hundreds, if not thousands, of cybersecurity strategies that apply to all sorts of businesses and people. Knowing which strategies apply to your business and your employees and where to start can be an overwhelming task.

In this session, we will look at eight simple strategies that businesses can use to improve their digital security.

While no single mitigation strategy is guaranteed to prevent cybersecurity incidents, these eight essential strategies should be implemented as a priority and we will show you simple practical ways to reduce risk to your business and your data.

She specialises in consulting in risk and technology issues with a particular emphasis on governance and security in both the commercial and operational areas of businesses. Jo provides strategic advice to organisations across a number of industry sectors including banking and finance, utilities, manufacturing, tertiary education, retail and government.

Jo has chaired a number of ISACA’s international committees including the Board Audit & Risk Committee, Leadership Development and Professional Influence & Advocacy. She served as an Elected Director on ISACA’s International Board of Directors for seven years and was the founder of its global women’s leadership initiative, SheLeadsTech.

Because of her involvement with ISACA and the SheLeadsTech program and her rural background Jo was selected from a large number of candidates to be one of only two non-government delegates and was invited to join the official Australian Government delegation to the 62nd Session of the United Nations Commission on the Status of Women (CSW62) held in New York in March 2018.

She has spoken on Capitol Hill during a Day of Advocacy designed to bring tech leaders together in one place to discuss issues related to women in tech leadership and then to meet with
Congress representatives and Senator’s offices.

Jo has had an award established in her honour to recognise her outstanding leadership and commitment to increasing the representation of women in technology leadership and
the tech workforce more broadly.

The inaugural ISACA Oceania Jo Stewart-Rattray Award was awarded in September 2018.
Jo is highly qualified and sits on a multitude of Boards in Australia as a member and chair.
She was recently appointed (2019) to the IFSEC Global Top 20 Security Thought Leaders.

A once-only fee of $55 gives full access to all services including: 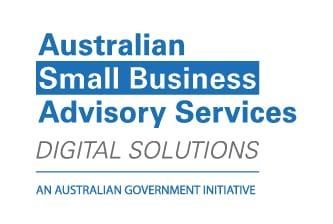